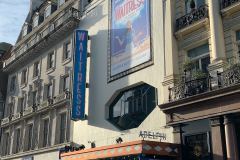 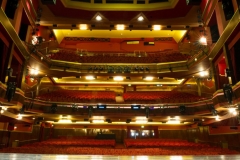 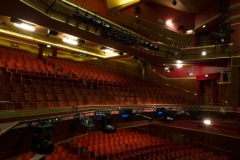 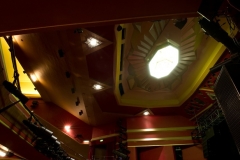 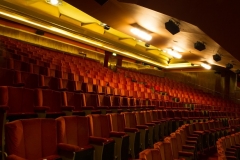 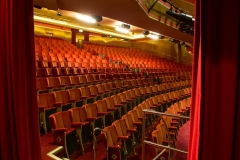 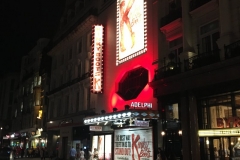 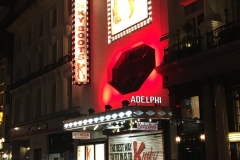 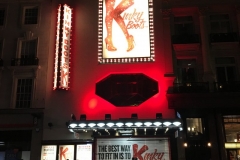 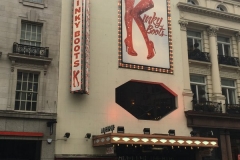 The current theatre is the fourth venue on it’s site in the Strand. The first building opened on 27 November 1806.
The first theatre was The Sans Pareil (which was renamed the Adelphi in 1819, the the Theatre Royal, Adelphi, in 1829).
A second theatre built in 1858 took the name Theatre Royal, New Adelphi from 1867 onwards.
In 1901, the third building, reconstructed to provide a new frontage on the Strand, opened as The Century Theatre, but within a year it reverted to the Royal Adelphi.
From the official history website.

The Adelphi was one of five theatres that were almost demolished due to a plan to redevelop the Covent Garden area by the Greater London Council (GLC), in 1971. The GLC planned to build new theatres to replace them. However, the plan was abandoned in 1973 after a campaign by the Covent Garden Community Association.
Guardian article about the plan which contains fascinating insights into the financial workings of West End theatre in the 1970s.

From the Really Useful Theatres history website
“In December 1897 the famous melodramatic actor William Terris was dramatically and fatally stabbed on his way into the theatre to prepare for a performance of Secret Service. The stage door was then in Bull Inn Court, but Terris used the Royal Entrance in Maiden Lane as a private access route. It proved his undoing for it allowed Richard Prince, a jealous (and mad) colleague, to attack him with a knife. He died from his wounds inside the theatre in the arms of his leading lady, and mistress, Jessie Milward. He was enormously popular and greatly mourned and since his last words were reportedly ‘I’ll be back’ there may be some truth in reputed sightings of his ghost here in the theatre and at Covent Garden Tube Station.”

From the British Performing Arts Yearbook 1994
No lighting board or lanterns permanently installed. [during the run of Sunset Boulevard]

Links to information about equipment at Adelphi Theatre, London over the years