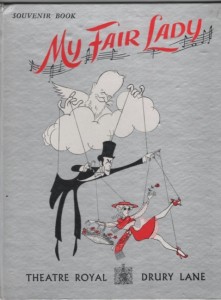 See above for credits.

My Fair Lady - Broadway (1956)
[External Website]
From The Lighting Archive

Home Movie footage of the celebrity audience arriving on the opening night in 1958:

Winston Churchill and Her Majesty Queen Elizabeth II were also in attendance.