One of the greatest modern musicals, the scenic design by Ian MacNeil is a major triumph, enhanced by the poetic automation of the main elements (bed and table lift) by AVW Controls and Delstar Engineering. 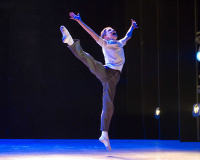 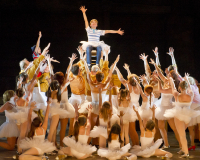 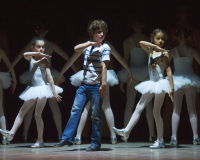 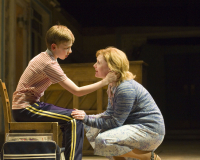 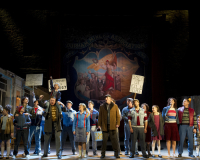 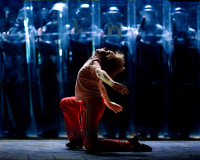 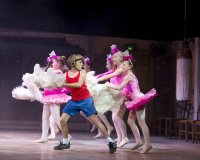 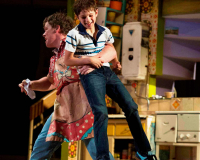 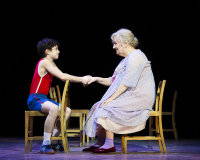 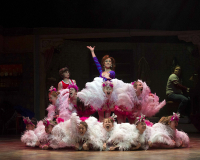 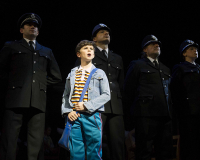 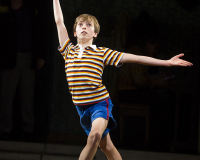 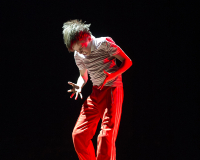 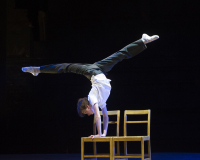 Many of the spectacular lighting effects (design by Rick Fisher) are due to the flexibility of the ETC Source 4 Revolution moving light, which uses a tungsten light source (like the more subtle generic lanterns used worldwide, instead of the harsher ‘cold’ light produced by regular moving lights).
Martin TW1 instruments are also used, along with Strand Pirouette automated fixtures used on the LX bar featured during Billy’s audition (‘Electricity’).
There’s also a guest appearance by the Strand Pattern 23 profile, which appears in the dance school scenes, and flickers into life at the end of one sequence. One of the 23’s has a colour wheel fitted.

More information about the technical elements of the show can be read at Live Design Online’s article ‘Tiny Dancer’ from 2005.

The actor playing Billy wears two radio mics (one for backup) on his head, and for certain numbers (e.g. Angry Dance at the end of Act 2) he also wears a radio mic pickup at the bottom of his trouser leg so that the tap sounds are easily amplified.

A ‘reverse radio’ setup (the same technology as an in-ear monitor) is used to send an audio feed to the tape player that features in the flying sequence, which can be seamlessly cross-faded into the main auditorium sound feed.

Demonstration of the house, bed and kitchen table lifts and traps at Victoria Palace Theatre. Video by Anton Woodward of AVW Controls, who designed the system.

Webisode ‘On the Road with Billy’ – US Tour