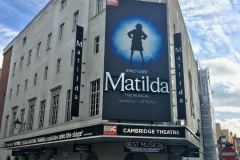 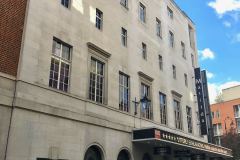 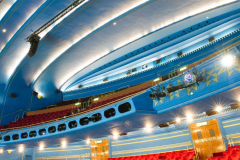 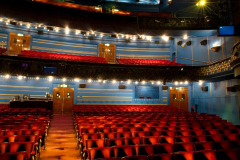 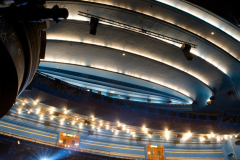 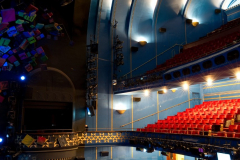 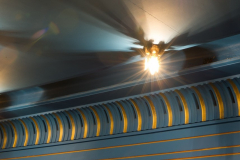 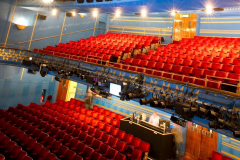 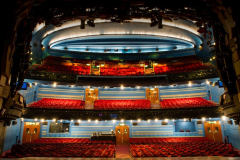 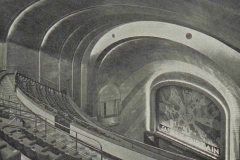 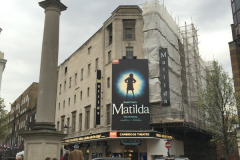 The original stage lighting installation was by manufacturers Venreco, who were based in the 7 Dials area.

Links to information about equipment at Cambridge Theatre, London over the years

Following the installation of 8 brand new ladies toilets in 2013, the Cambridge theatre has continued to receive internal renovations this year with works going ahead to upgrade the Stalls bar located in the basement of the theatre.
Renovations took place during August, a very busy time of the year for the theatre with additional matinees for the school summer holidays, works therefore had to be scheduled around numerous performances and company rehearsals.
The bar was furnished with brand new bar tops and enhanced lighting all in keeping with the germanic moderne style instilled in the theatre at its creation in the 1930s. Bringing the bar back to the modern day it was equipped with EPOS electrical tills with more serving points than before with the aim to speed up customer service.
During 2014 the cloakroom was also relocated from the area fondly known as the ‘banana run’ to enable improved circulation of theatre goers on arrival.