Renamed the Gillian Lynne Theatre on 1 May 2018 – the first West End theatre to be named after a non-Royal woman. The renaming ceremony was held on 22nd June 2018.
The venue was originally to be named the New Winter Garden Theatre, Drury Lane. It eventually opened as The New London Theatre, it was opened on 2 January 1973, and was designed by architect Paul Tvrtkovic and scenic designer Sean Kenny, modelled after the Walter Gropius Total Theatre Project, and seated 960 on 2 levels. The capacity is reported on another website as being 1106 seats.
One of the few theatres to have an escalator from street level to the auditorium level.

In 1991 the venue was purchased by Really Useful Theatres. 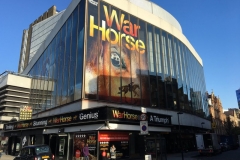 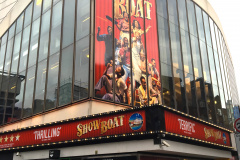 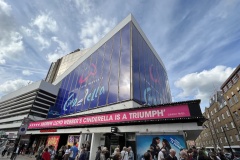 Productions at the Gillian Lynne Theatre

Productions at the New London Theatre

Rob Halliday programmed Cats onto an ETC Expression 2x during the 1990s.