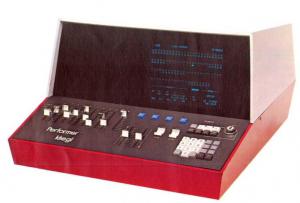 Catalogue & Journal Entries for Performer in the Backstage Heritage Collection