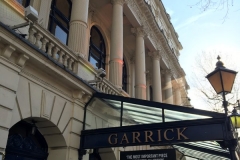 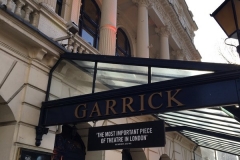 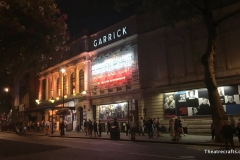 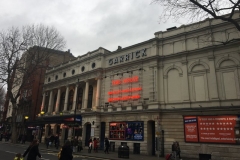 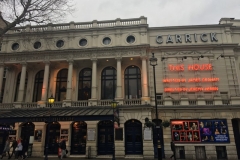 The building of the Garrick was especially difficult as it had an underground river running beneath it.

The Garrick was one of five theatres that were almost demolished due to a plan to redevelop the Covent Garden area by the Greater London Council (GLC), in 1971. The GLC planned to build new theatres to replace them. However, the plan was abandoned in 1973 after a campaign by the Covent Garden Community Association.
Guardian article about the plan which contains fascinating insights into the financial workings of West End theatre in the 1970s.

Links to information about equipment at Garrick Theatre, London over the years