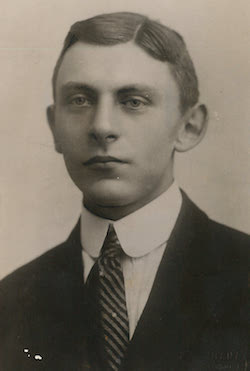 Russian artistic ‘electro-technician’ who perpetrated colour tricks using lights of complementary colours. By using red and green lights and corresponding colours in set, costume and make-up, he was able to transform the look of a scene instantly.
His tricks with coloured lighting were originally seen at the London Hippodrome in 1921 in a variety show called ‘The Peep-Show’, in a scene called ‘The Valley of Echoes’, advertised by the wonderful newspaper billing ‘Staged with Spectrum Analysis by ADRIAN SAMOILOFF’ (The Times, September 16 1921).