What’s On at the Bristol Hippodrome

The theatre was designed by Frank Matcham, and opened on 16 December 1912. It has been designated by English Heritage as a grade II listed building.

An important feature of the theatre when it opened was a huge water tank at the front of the stage; which could be filled with 100,000 gallons (450,000 litres) of water. Along with the tank was a large protective glass screen which could be raised in order to protect the orchestra and those in the stalls.

The auditorium also has a dome, which can be opened when necessary to ventilate; however since air conditioning has been installed it is rarely opened.

Gas fittings can still be seen in the auditorium, including emergency lighting and a beautiful example of a gas Exit sign, complete with ringing bell on house left side of the Upper Circle. The permanently-on emergency Gas lighting was in use in the auditorium aisles and exits as a secondary source of light if the mains electricity should fail, until it was upgraded in the 1990s (approximately) to a battery backed-up system. 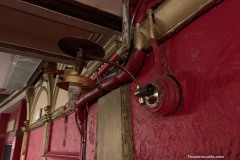 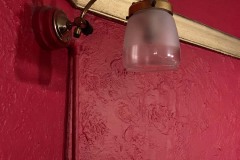 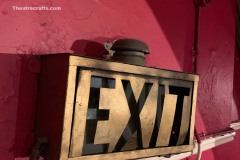 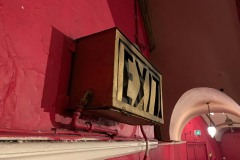 Around the auditorium and foyer areas, small metal flaps can be seen in the skirting boards. These previously connected to a central vacuum system to enable cleaners to plug-in in a number of areas to enable quick and efficient clean-up tasks. 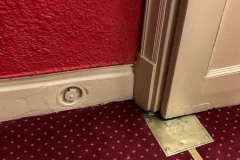 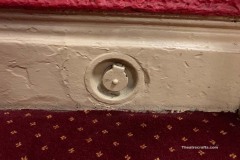 The original raked stage was removed in the 2010s and was replaced with a flat stage to more easily accommodate large scale productions with automated scenery.

The theatre survived World War II, however less than three years after it ended on February 18th 1948, a fire destroyed the stage and backstage areas — luckily the auditorium was saved. The theatre reopened about 10 months later, and there have been no other disasters as severe.

The theatre now plays host to touring versions of many top shows, such as Lion King, Phantom of the Opera, We Will Rock You, Miss Saigon, Cats, Les Misérables, and Blood Brothers. This is due to the size of its stage, which is one of the largest outside of London. In addition to large musicals it is also a venue for opera, ballet, childrens’ shows, drama, stand-up comedy, and an annual pantomime.

The Bristol Hippodrome has strong links with many shows that frequently appear there, such as the Welsh National Opera.

In 2012 the theatre celebrated its centenary with a show called Thanks for the Memories, staged by amateur groups Bristol Light Opera Club and Bristol Musical Youth Productions.

Links to information about equipment at Bristol Hippodrome over the years