The Lord of the Rings: The Musical

Theatrecrafts.com > Shows > The Lord of the Rings: The Musical

One of the most expensive productions in West End history, the show had to earn £350,000 per week just to break even. 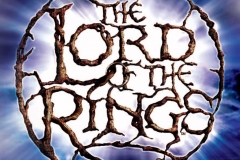 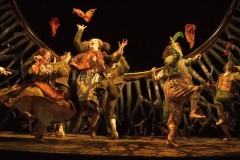 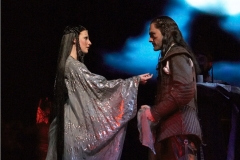 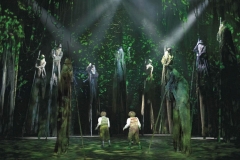 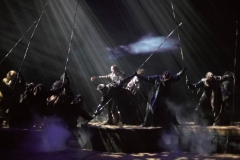 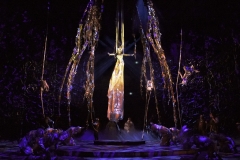 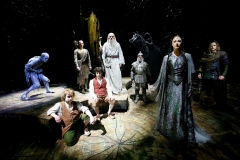 Silicon Theatre Scenery was responsible for the automation and control, including various winches and additional axes.

26 winches of which:
17 counter balanced winches for 400 kg flies;
2 single wire winches for special effects with a speed of 3 m/s;
6 winches for performer flying as part of the STS flight system;
A winch for five canvases that hang in a circle.

33 axes control the following:
21 Kabuki Drops, a release mechanism for canvases;
4 trusses which are driven by an electric toothed belt;
2 props that move in all directions, fold up and are inflatable.

Command and control: STS AutoStage2000
The control system consists of 44 inverters, 21 hydraulic controls and digital I / O by two IPCs which are controlled via multiple CAN buses. One of these IPCs is integrated into the revolve. Electronic data interchanges between the two IPCs is through slip rings. There is a third IPC, to SIL 3 specification, which controls the air systems.

The operator has the various playbacks to control the speed of the programmed movements. This is a proven concept and various other productions have shown its usefulness when dealing with complex moves. It allows the operator to speed up the moves and adapt to the actor without stopping the show.

Reduce your programming time by 80%
Given the complexity of the revolve movements, these are programmed using a 3-D animation test package. These movements are loaded into the new control program Through this new programming interface, we have made tremendous time savings and allowed new opportunities for creative directors.

The entire rig is being controlled using MA Lighting grandMA consoles, with a system incorporating a full-size grandMA main console, a grandMA Light backup console, one tabletPC and two PDAs as remotes and an additional PC running MA Lighting’s grandMA 3D and grandMA onPC software. The effects system even has a dedicated console for programming – an MA UltraLight.

“We are delighted to be involved with The Lord Of The Rings,” comments White Light’s Managing Director, Bryan Raven, “having worked for many years on many projects with the lighting designer Paul Pyant and his associate David Howe – and having heard such good things about the show and, in particular, the lighting from Toronto.”

“We’re also delighted that we’ve been able to work with Q1 on the show here: since they’d already supplied the show once, they had much of the equipment available and already knew about the many ‘specials’ that the show requires. It’s been a great collaboration between Dave Isherwood, Jedd Hamilton and everyone in the White Light Hire team and Marc Raymond and Rob Kennedy at Q1, and the process of getting the equipment here and into the theatre has been pretty seamless. We will now be looking after all of the ongoing support that a show of this scale and complexity always needs.”

Premiered in Toronto, The Lord Of The Rings was produced there and is being produced in London by Kevin Wallace and Saul Zaentz. The show is directed by Matthew Warchus, choreographed by Peter Darling, designed by Rob Howell with lighting by Paul Pyant, sound by Simon Baker, moving images by The Gray Circle and special effects by Gregory Meeh. Working with Pyant on the show are associate lighting designer David Howe, production electrician Gerry Amies and his team, Theatre Royal Chief Electrician Steve McAndrew and his staff, and moving light programmer Jonathan Rouse; the show’s production mangers are Stewart Crosbie and Simon Marlowe.

The London production continues White Light’s long association with the Theatre Royal Drury Lane, stretching back almost twenty years to the opening of the original Miss Saigon, and including the hit musicals The Witches of Eastwick, My Fair Lady, Anything Goes and The Producers. The show joins the many other productions in London using equipment from White Light, including Billy Elliot, Chicago, Dirty Dancing and Evita. 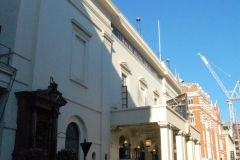 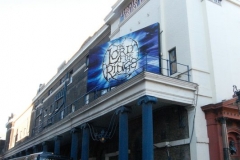 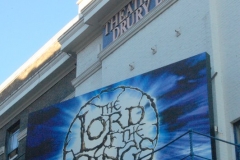 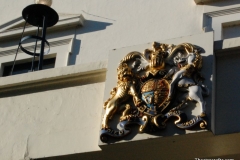 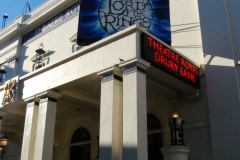 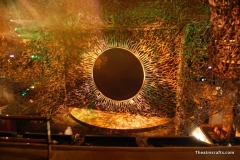 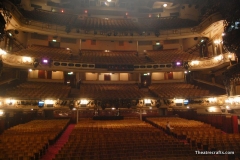 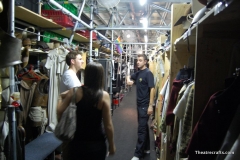 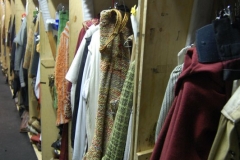 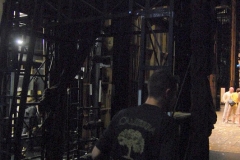 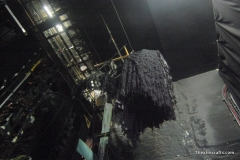 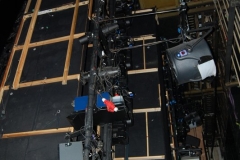 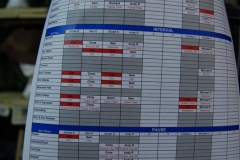 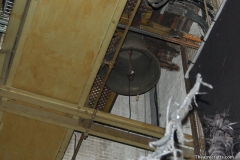 Backstage Tour of The Lord of the Rings