Based on the Nickelodeon cartoon series. 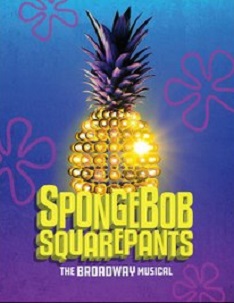 Sound
A live foley artist plays live sound effects and musical accompaniments (such as a swanee whistle and percussion) as well as specific sampled sound effects.

Projection
Adobe After Effects and Cinema 4D were used to build the content. A disguise media server (a hardware and software solution) plays the material during the show. The content is mapped onto a 3D model of the set within the disguise system, so that when it’s projected, it matches and fits the set perfectly.
Several Panasonic and Christie S+14k projectors are used, along with a BlackTrax camera tracking system to match projections to actor movements, and the regenerative content creation tool Notch to create material on the fly.