Harry Potter and the Cursed Child (Parts I and II)

Theatrecrafts.com > Shows > Harry Potter and the Cursed Child (Parts I and II) 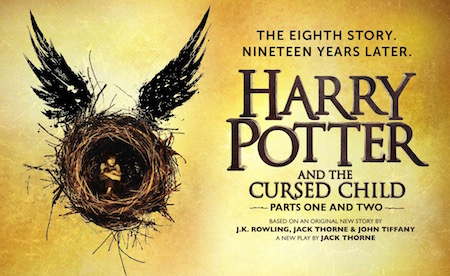 Melbourne, Australia:
Opened at the Princess Theatre in Melbourne on January 16 2019 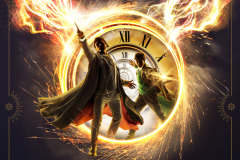 Some beautifully subtle lighting effects, working with haze and projection to transform the blank canvas of the set into a huge variety of locations.
Particularly impressive are the battens used to backlight the train chase sequence – it looks like they’re pixel mapped to provide a sense of movement (along with wind effects) whilst still ensuring the relevant cast members are lit.
However, the most impressive aspect of the lighting design is what isn’t lit. Many of the illusions in the show require very subtle lighting effects to ensure that the audience is looking at the right thing, and that they don’t notice the secrets which enable the illusions to operate.
Lighting Cues: 1054 (from World Theatre Day social media post)

There are a number of wonderful recreations of classic stage illusions during the show (particularly during Part 1), all of which are carried out with a great deal of skill and using traditional (and therefore very successful) theatrical techniques.
In particular the number of sudden appearances of certain characters in different parts of the stage is dizzyingly impressive. While similar ideas have been used in shows such as Our House and Groundhog Day, the sheer number of illusions and the pace at which they’re carried out is a joy to behold.
I won’t go into any more detail (#keepthesecrets) but any fans of magic and illusion should make every effort to see the show.

Very effective design which immerses the audience in the world of the show from the outset, with a train station atmospheric track playing as the audience enters. The complex and varied score by Imogen Heap is combined with hugely effective (and sometimes genuinely chilling) effects, particularly in Dementor sequences. Voices are clearly audible throughout, and the illusions are supported by suitable audio punctuations, further enhancing them.

There are 660 Sound Cues in the production

(this video was produced for Universal Studios Orlando, in January 2016, for The Celebration of Harry Potter)