Originally performed at the Theatre du Grand-Guignol in Paris (1897 to 1962), a converted church.

January 4, 1914; Winston Churchill and Mrs Churchill spent the evening at the Grand Guignol theatre in Paris (The Times, January 5 1914)

In the following years, a number of play listings referenced ‘Grand Guignol’ as the style or inspiration of the piece.

The London Palladium
The Medium (November 1912) produced by Mr Arthur Bourchier’s company. Adapted from L’Angoisse. [part of a night of variety pieces]

The Coronet
June 14 1915 – season by The Grand Guignol company 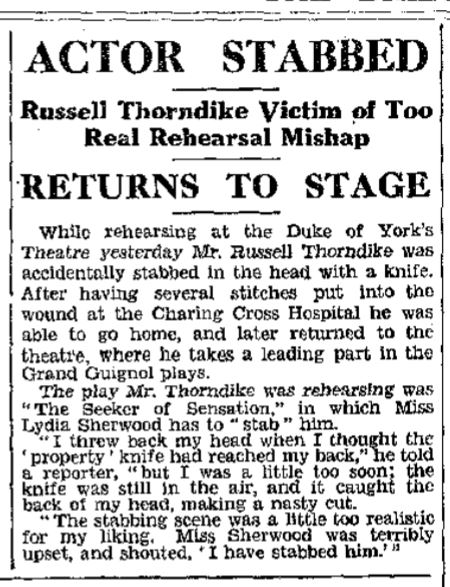