Auditorium designed by Thomas Verity in 1874 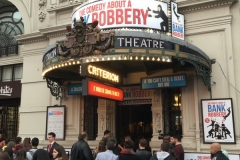 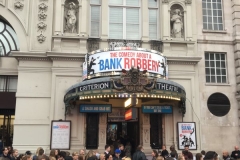 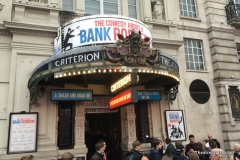 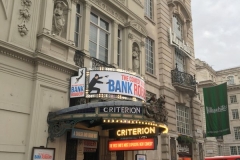 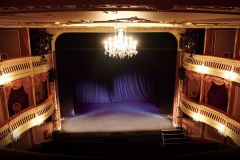 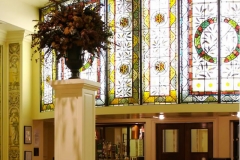 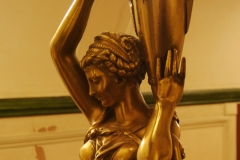 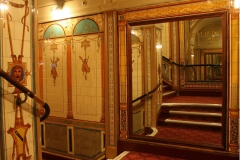 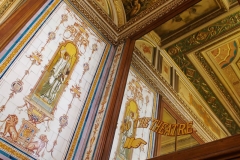 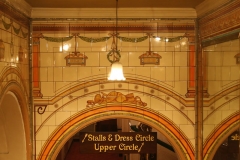 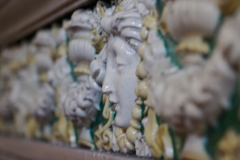 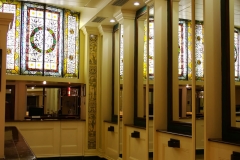 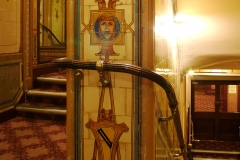 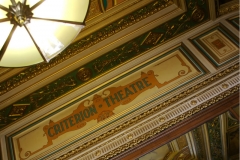 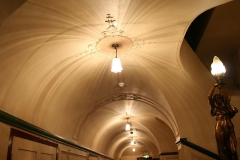 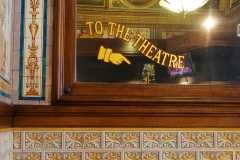 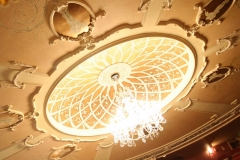 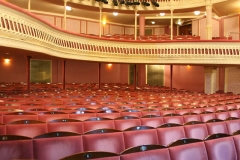 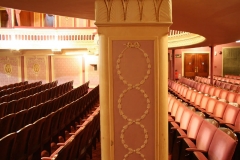 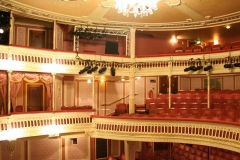 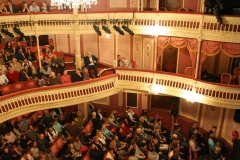 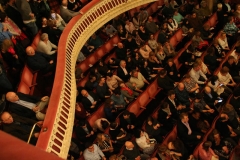 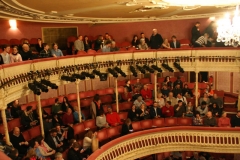 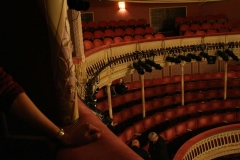 From The Theatres of London by Raymond Mander and Joe Mitchenson, 1963

Capacity: 660
Opened: 21 March 1874 with ‘An American Lady’, a comedy by Henry J. Byron, preceded by Topsy-Turveydom, a musical extravaganza in one act by W.S.Gilbert. Under the management of Henry J. Byron

The Building:
In 1873 a large restaurant (The Criterion) was built by Spiers and Pond in what was then Regent Circus, Piccadilly. The entire block costing some £100,000 occupied the site of the White Bear, an old posting inn which had stood there from at least 1685, and some other adjoining property. The ground stretching back to Jermyn Street, almost covering the whole area between the Haymarket and Lower Regent Street, was taken on lease from the Crown Commissioners.
In the middle of the building it was originally intended to build a small concert hall constructed as a square galleried room. It was not until the carcase of the building was finished that they decided to convert this part of it into a theatre. Designed by Thomas Verity, it was to be entirely underground and even the upper circle had to be reached by descending stairs.
Underground theatres are now prohibited by the regulations of the L.C.C., but in 1874 this idea was considered a great novelty: “an underground Temple of the Drama into whiteh it was necessary to pump air to save the audience from being asphyxiated.”
After difficulties in obtaining a licence were fully overcome the theatre was let by the owners to a William Duck on a long lease for £50 a week. Its original manager was Henry J. Byron.
In March 1883 the theatre was closed by order of the Metropolitan Board of Works, Charles Wyndham was then the lessee and manager. It was reconstructed and reopened in 1884. Dramatic Notes says: “The Criterion Theatre, transformed from a stuffy band-box to a convenient, handsome, and well-ventilated house, reopened on April 16.”
Amongst the improvements was the addition of electricity. The original architect, Thomas Verity, supervised the alterations.
The Era, April 19, elaborates:

The principal improvements may be described as follows – A large area open from the basement to the sky has been formed on one side of the theatre by cutting off a considerable portion of the adjoining Criterion Restaurant, thus giving direct light and air to all parts of the house. As an instance of the efficiency of this new area it may be mentioned that the mornign sunshine streams into the pit. Spacious new corridors have been constructed the whole length of the Piccadilly frontage on the stalls, dress circle, and gallery levels, providing direct light and ventilation to these parts. These corridors lead on one side to a commodious crush room and to the new Piccadilly exit, and on the other side to the box-office entrance. In addition to this there are the former exits into Jermyn Street, so that every part of the house is abundantly provided on all sides with exits into two distinct thoroughfares. The auditorium has bbeen in a great measure reconstructed…. The stage is entirely refitted with all modern improvements, and the old dressing rooms have been demolished and new ones built in Jermyn Street. The tile work and wall decorations by Simpson and Sons, and the structural work has been most admirably carried out by the well known contractor Mr Wm Webster, of Trafalgar Square.

A further remodelling and redecoration took place in 1902-3, when the theatre was closed for some seven months. Happily this little theatre, consisting of only Stalls, Dress Circle and Upper Circle, still manages today to retain much of its 1884 atmosphere and tile decoration. Only its main entrance and vestibule are on ground level in Piccadilly Circus. The frontage is the facade of the Criterion Restaurant.

No scenery flying possible due to underground location.

Links to information about equipment at Criterion Theatre, London over the years