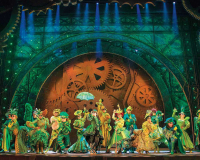 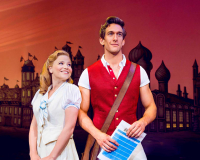 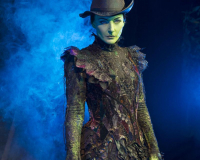 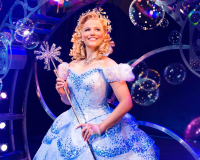 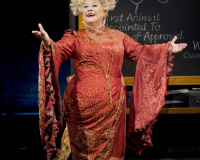 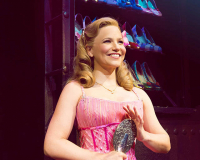 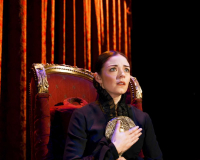 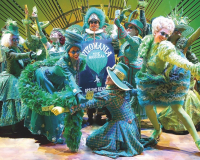 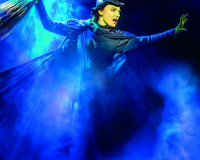 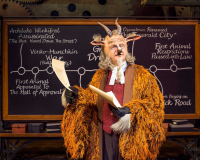 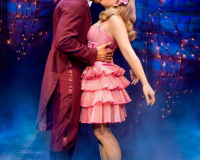 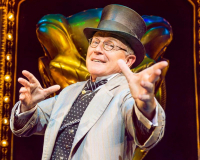 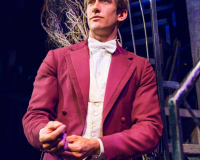 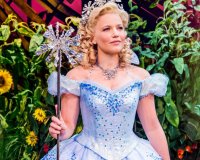 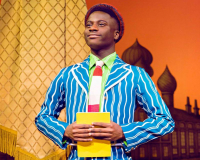 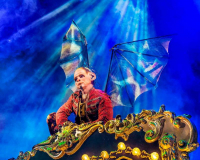 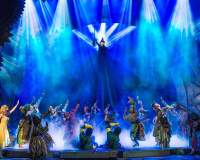 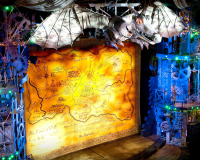 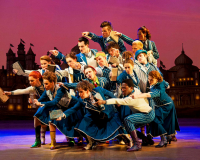 This highly successful, long-running musical at the Apollo Theatre in London relates the spin-off story of the witches from L. Frank Baum’s children’s favourite, The Wonderful Wizard of Oz. Stage Technologies and Delstar Engineering were contracted to work automation wizardry for this immensely popular, magical musical.

With the story focussing on the tale of two witches, the performer flying needed to be nonpareil. Trusses and control were designed for all overhead tracking effects, including a flying bubble-making contraption and a dramatic levitation trick. Scenery is flown using counterweight-assist winches and also slides in from the wings on floor tracks, while automated lighting ladders are lifted up to let them pass. Sliding panels with turning cogs, a spinning throne and of course the yellow brick road, are other notable features of this highly automated show.

Performer lifts enable dramatic entrances and exits and a heavy, scenic bridge, controlled by two BigTow2-390 winches, is flown down just in front of the proscenium. The winches were built in situ in the venue’s organ loft due to their size.

The History of Wicked