Spider-Man: Turn Off The Dark 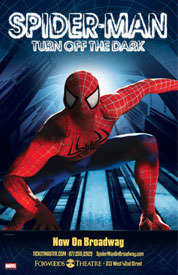 “The most expensive Broadway show ever”

Broadway:
Foxwoods Theatre – Previews began November 28 2010.
Previews were suspended for a month in March 2011 while the show was retooled and a new writer and director were appointed.
Officially Opened June 2011, closed January 4, 2014
This was the most preview performances (182 previews) in history, and held the box office record for Broadway sales in one week, taking $2.9million over nine performances.
The production failed to make back it’s $75million cost, with investors reportedly losing $60million. See ‘A Monetary Autopsy of Spider-Man: Turn Off The Dark‘
The highly technical huge-scale show was designed to fit into the venue, so wasn’t able to try-out anywhere else with the technical elements in place. No out of town tryout allowed the production concepts to be tested or bedded-in.
The book ‘Song of Spider-Man’ by Glen Berger (who co-wrote the book for Spider-Man: Turn Off The Dark) is a fascinating read and goes into great detail on the production process – a must-read for anyone involved in theatre production. Berger also took part in a podcast with Wired magazine about the show and the book. 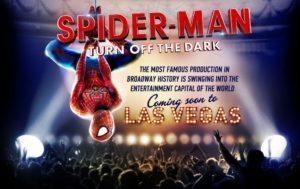 Spider-Man Turn Off The Dark – Las Vegas announcement, 2014 (from the Broadway show website) 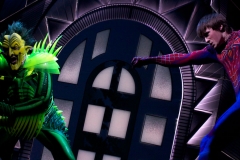 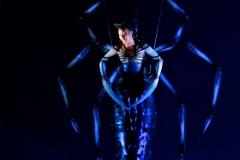 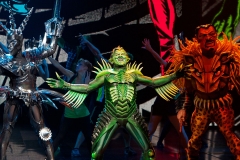 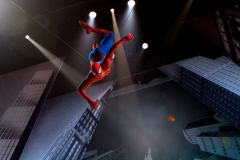 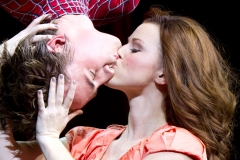 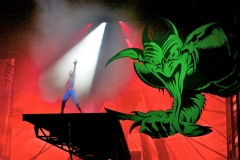 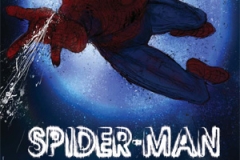 Backstage at Spider-Man Turn Off The Dark