See Wikipedia page for more information about the differences between the various productions.

Great make-up and costume, and some wonderful set-pieces combine to make this a great piece of entertainment for the family. 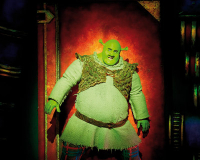 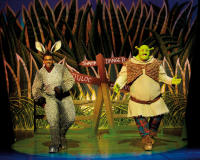 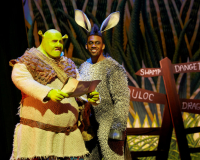 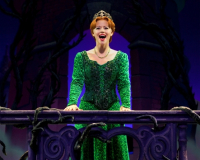 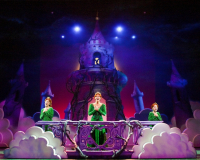 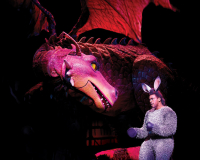 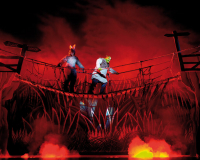 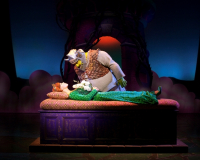 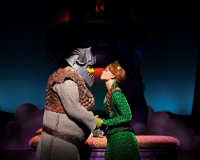 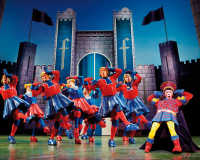 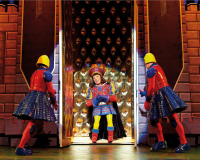 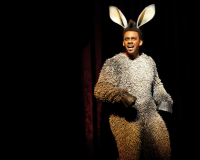 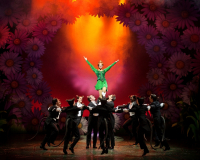 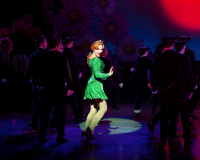 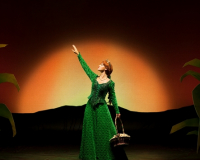 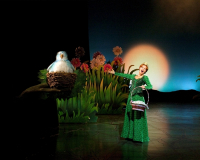 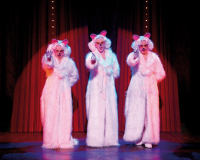 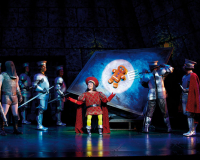 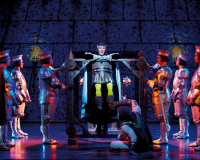 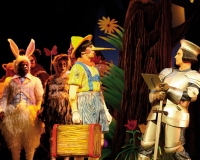 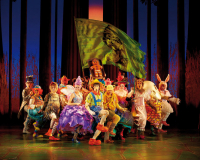 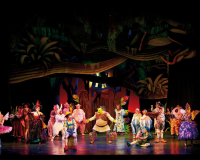 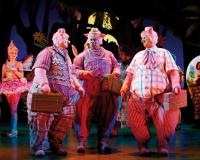 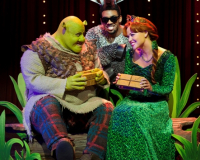 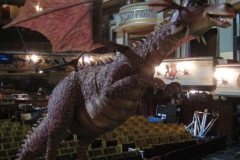 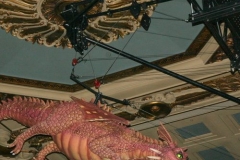 A Soundcraft-Studer Vista 5SR sound desk is used front-of-house (at the rear of the stalls).

A (relatively) small video wall is used upstage of the cyclorama to achieve sun and moon effects. The video wall is rigged from a pair of automated trusses which can track it horizonally and vertically to allow the sun / moon to rise & set to trigger Princess Fiona to transform into her night-time ogre.

(The London production and tour is missing many of these elements)

The automated floor on Broadway was built by PRG (more information)