The original Disney movie Newsies premiered in 1992, starring a young Christian Bale.
The first-time director / choreographer Kenny Ortega, went on to direct Dirty Dancing and High School Musical.
The story is based on the New York Newsboys strike of 1899.

The live sound for the Broadway production uses a Digico SD7T digital mixer. 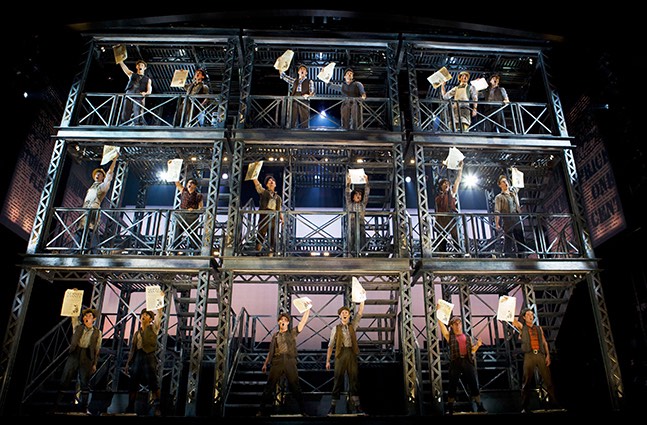 Set design is by Tobin Ost.
Hudson Scenic built the three automated towers for both the Broadway and the touring production. The touring version of the towers were remade to enable them to be broken down into small sections for easy transportation.