Posted in Facebook Group Archiving Technical Theatre History by Keith Otmos:
“Glamorous Night” Ivor Novello musical, Theatre Royal Drury lane 1935. ‘The second act introduced the spectacular shipwreck of the cruise liner Silver Star. Under the direction of the stage manager, the structure of the three decks, complete with practical promenades and companionways, was built on one of the down-stage platforms. The wreck commenced with several explosions, smoke pouring across the stage, as the passengers began to panic; then the whole ship lurched to one side and began to sink inexorably into the ocean. The curtain fell and rose again on a scene of total chaos; the audience, shattered and delighted, needed the interval to recover! 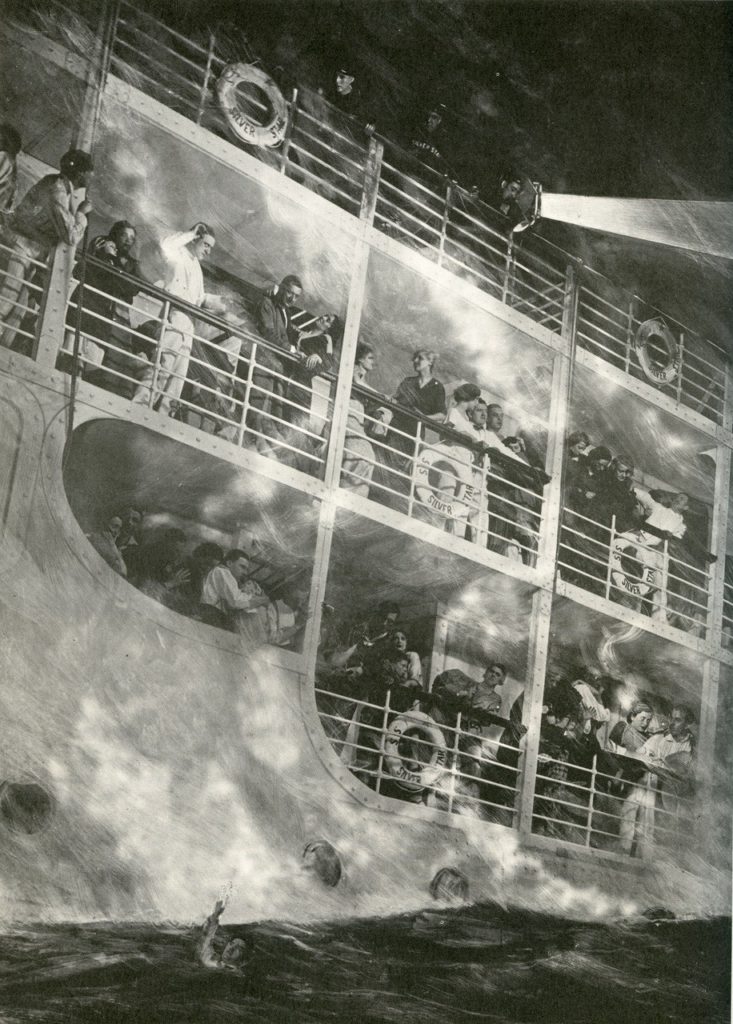