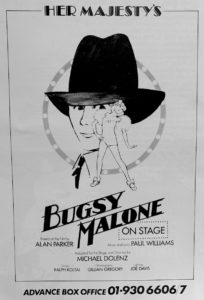 Advert for Bugsy Malone, from Pirates of Penzance programme, August 1983

The 1983 premiere was directed by Michael (more commonly known as Micky) Dolenz, who was the star of TV’s The Monkees.