Back to the Future: The Musical

Theatrecrafts.com > Shows > Back to the Future: The Musical 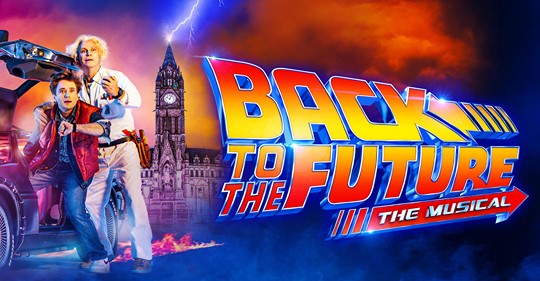 The show opened at the Adelphi Theatre in London’s West End on 20 August 2021.
The original delayed run dates were previews from14 May, opening 6 June 2021 to 13 February 2022 but that was moved in mid-March.
Booking is currently open to February 2023.

Photos from the 2021 Premiere production 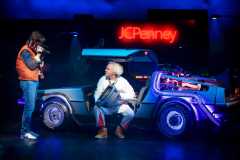 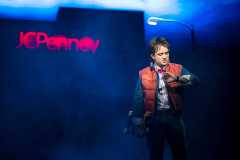 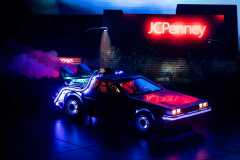 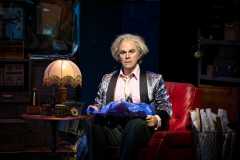 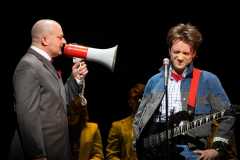 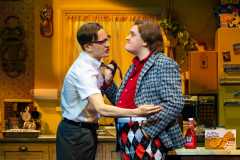 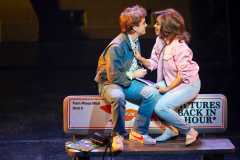 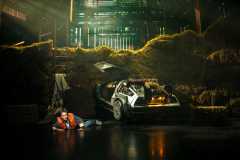 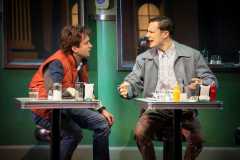 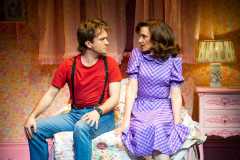 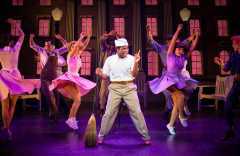 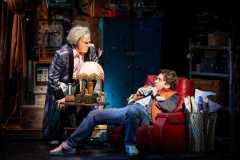 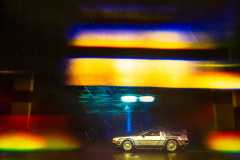 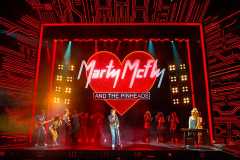 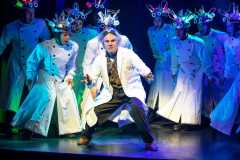 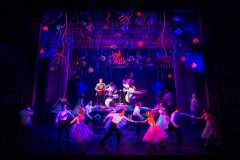 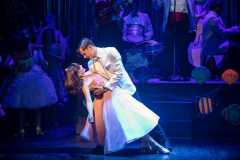 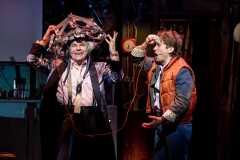 Unusual Rigging goes Back To The Future (March 2020)
[External Website]

Lighting: A huge rig of moving lights and mostly LED sources are supplemented by tungsten front-of-house rig, along with some use of automated followspots for some of the Delorean sequences, where moving lights in the rig follow the lead performers (Marty and Doc).

Projection: The production makes extensive use of video projection onto a gauze downstage, and a upstage LED video wall for backgrounds, which (very effectively) move in synchronisation with the revolve for scene changes. The final action sequence (where a lightning strike sends the Delorean Back to the Future) breathlessly makes some very imaginative staging.