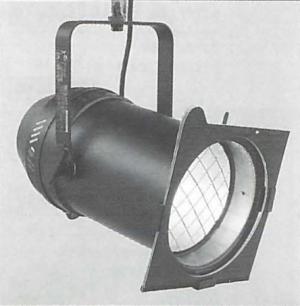 When did the name ‘Parcan’ arrive?

In 1985, the product type was referred to as Beamlight in CCT catalogues. ‘Parcan’ was not mentioned.
However, in Francis Reid’s ‘The Stage Lighting Handbook’, second edition in 1982, ‘Par Cans‘ (two words) are referred to frequently as a ‘recent development’.

When were PAR 64 lamps first used?

A Eurolite PARcan history document (below) states that the PAR lamps were introduced in the USA in the 1950s.

A contributor to the ControlBooth forum thinks that the PAR64 was invented by Charlie Altman for the 1964 New York Worlds Fair.

Bellman’s ‘Lighting the Stage: Art and Practice‘ (1967) refers to Type R (reflector) lamps, and also the more rugged PAR lamps (but not necessarily the PAR64), which were originally designed for outdoor architectural lighting, and are constructed with a heavy pyrex glass envelope ‘that is capable of taking the stresses that may occur when the hot lamp is doused by rain or a carelessly directed garden hose’.

One source, in Cue magazine, states that Brian Croft of ESP introduced the PAR lamp to the UK in 1968. Other sources are being investigated.

Richard Pilbrow’s ‘Stage Lighting’, 1970, refers to PAR lamps (NB: not PAR64 specifically) as follows:
“The PAR lamp, which is available in a vast range of types up to 1000 watts at various voltages in the United States, is less common in England, but can be a most important stage lighting tool. These lamps used in a batten (border-light) can be very effective as backlight or downlight. This is particularly useful for the musical stage since a batten can skimlight a cloth and downlight the area in front of it at the same time. If adjacent surfaces are not intended to the lit, the batten should be used with some form of cut-off mask similar to a barn door on a Fresnel.”

On the ControlBooth forum, a contributor states that in the early 1970s Mole-Richardson were manufacturing a short-nosed PAR unit, that was copied by Altman. “Legend has it that Altman was asked (Bill McManus ?) to make a longer version to help the gels survive and extended the body to what we have now.”

More information can be found on ControlBooth.

It’s thought that Theatre Projects were manufacturing a Parcan lanterns in the UK in 1976 – it was aluminium and square in section, with edging like flight cases. It would have used 120V Par lamps from the USA. (thanks to Ian Grey)
In 1977, Strand in the UK were calling a lantern containing a PAR 64 lamp a ‘Parblazer‘. In the US, Strand Century were calling them ‘Par Holders‘.
In 1977 also, James Thomas Engineering started manufacturing spun aluminium PAR64 lanterns.
In TABS Vol.35 Issue 1 (1977), the fact is mentioned that 240V versions of the PAR 64 lamp are not yet available.
By TABS Vol.36 Issue 3 (1978), the Parblazer had been modified (now Parblazer 2) to incorporate the new 240V PAR 64 lamp.
By 1981, Strand were on Parblazer 4.

The term “Parcan” is in common use by 1987 (Stage Lighting Handbook (3rd Ed.), Francis Reid) and probably much earlier – research is ongoing. 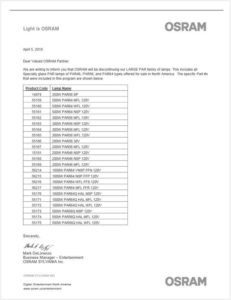 Any undated equipment is listed first with a grey background. If you can help us by adding dates please Contact Us!

This archive is still under construction, so please bear with us while we add more items. If you have specific information or documents that we don't have, and would be willing to share, please contact us!

Back to Types of Equipment