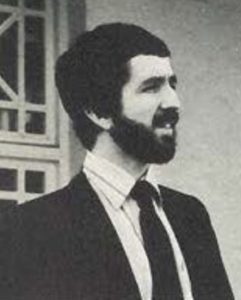 From TABS, May 1982
Having graduated in Electrical Engineering at Imperial College, London in 1970, David returned to complete an apprenticeship with GEC Telecommunications in Coventry.
However a keen interest in stage lighting, actively pursued at school and University, soon attracted him to the position of electronic design engineer with Strand in 1971. During the next few years he was responsible for the electronic design of, amongst other systems, the IDM replacement (MSR), MMS, Lightboard and DUET, and as Systems Development Manager since 1978 he subsequently supervised the Tempus, Galaxy and Permus projects.
He is now Manager, Development Engineering for all Strand Lighting product.

David has donated a number of documents to the archive and has written wonderfully detailed documents about his work, which are gathered in the David Bertenshaw Collection