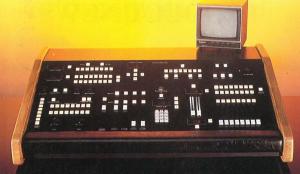 Journal Entries for Series 100 Controller in the Backstage Heritage Collection