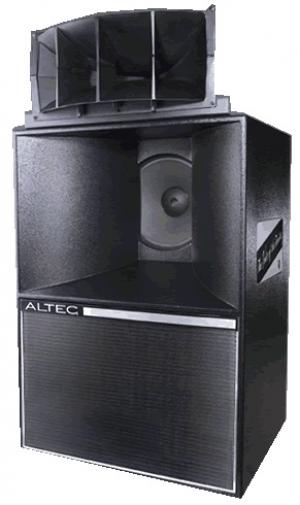 Legacy A7 Voice of the Theatre

Range of classic two-way speaker systems, originally designed for cinema sound, later becoming popular for general live reinforcement. The design was  the result of a collaboration between John Hilliard and Jim Lansing (who went on to leave Altec-Lansing and form JBL (his initials)).
The efficiency of the designs provided high sound pressure levels from the limited amplifier power available at the time.

Back to Sound - Speakers (Altec-Lansing)