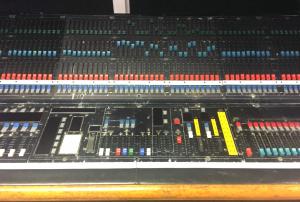 From the Avolites website:
In 1983 the now famous Avolites QM500 series of consoles was created. The QM500 series consoles had computer memory and a very rapid flash button response time. No easy task with the processors available then!