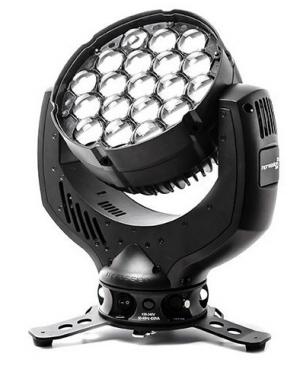 The Impression X4 features 19 high power RGBW LEDs, each rated at 15W with a 7° - 50° zoom range. The housing design is based on the legendary, and award winning, Impression 90 and 120RZ fixtures including their baseless design and small footprint.

The Impression X4 features individually controllable LEDs allowing a range of different patterns to be created and displayed on the front lenses, including arrows, numbers, letters and much more, either from stock patterns or through user created patterns.

Variants: Impression X4 S has 7 LEDs so is smaller, but has the same functionality.

Back to Moving Lights (GLP)