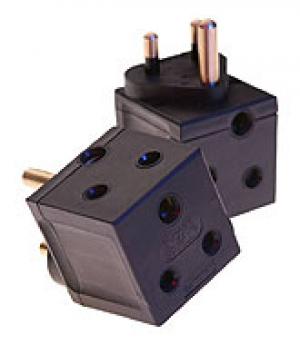 15A 2 way adaptor
The first version of the Squelly was found to have a manufacturing fault which meant that it was possible to insert a plug the wrong way. Although it was safe if used correctly, it was subject to a recall in August 2006.

Back to Installation (Encore)